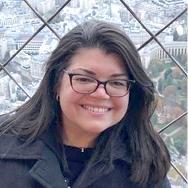 Regina was born and raised in Sao Paulo, Brazil. Regina and her family moved to the United States in 1997. She has always worked in customer relations, ever since she lived in Brazil. From banks to post offices to restaurants, the focus of work has always been working with people. She became a certified interpreter so we can continue that mission. Regina been working with Everett Public Schools since 2017 as a Portuguese interpreter, specializing in special education. She will aim to be a link between Brazilian families and the schools their students attend. 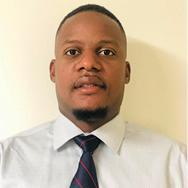 Steeve was born and raised in Carrefour, a city in Port-au-Prince, Haiti. He moved to the United States in 2016 after completing his college in Haiti. Steeve started to work in Haiti as an interpreter after the big earthquake that devastated Haiti in 2010. He worked with Non-governmental agencies, Medical missionaries, Hospital and University as a professional translator. In 2019 he completed his certificate as an interpreter and started to work in the Boston area community. He started working with Interpreting Agencies, then joined Boston Children's Hospital where he works as a medical interpreter. He is excited  to join the Everett Public School family this year, and as a family liaison he is looking forward to facilitating the communication and teaching experience for the limited English proficient speaking families in the Haitian community living in the Boston area and increase parent involvement in their children's education. 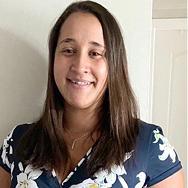 Felicia was born and raised in Massachusetts. Although her family was from Brasil, it wasn’t until she was 7 years old that Felicia learned how to speak Portuguese. After mastering both languages Felicia has helped many people in the Portuguese speaking community with interpretations and translations. In 2019, Felicia completed an Interpreter Training Program providing her with the necessary skills to better serve in the community. This will be Felicia’s first year at Everett Public schools. She looks forward to serving as a connection between families and the school so that the youth of Everett can have the best education possible. 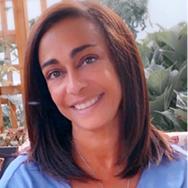 Larissa was born in San Juan, Puerto Rico. She has lived in Everett for over 20 years. She has 3 children. Her oldest daughter graduated Everett High School, where she was a Student Ambassador, cheer leader and played Field Hockey as well.  She is currently starting her junior year at Lesley University, double majoring in Secondary Education and english, with a minor in psychology. Her second daughter is currently a senior in the STEM Academy at Everett High School. She is also in the Orchestra and in the percussion ensemble of the EHS marching band. Larissa's son is starting sixth grade in the Everett Public Schools. He loves sports, he plays Ice Hockey as the goalie for the city of Everett. 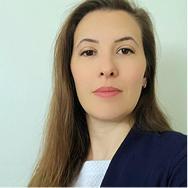 Esthela Borghesani is a Physical Educator bachelor with over a decade of experience working with people of all ages. She was born and raised in Curitiba Parana, Brazil, and moved to the United States in 2016. The first city she lived in was Everett, MA. Recently she worked as a Legal Assistant and aided Portuguese speakers to seek the legal assistance they needed and also help with the language barrier between them and the law. Esthela is determined to facilitate communication and advance the involvement alongside family and School. She also plans to bring solutions to the Portuguese speaking community who are non-proficient in English of Everett Public Schools as a Family Liaison this year. As a strong believer in the power of education, Esthela thinks when we can communicate properly, we can make our community a better place." 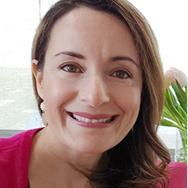 Daniela has worked with Everett Public Schools since 2017. As a Family Liaison, she gets to act on her natural passion for helping others by serving as a link between the Portuguese-speaking community and Everett schools. Born in Sao Paulo, Brazil, Daniela speaks fluent Portuguese and is a certified Community Interpreter. She has been in the United States since 1999 and her family is heavily involved with the local Brazilian community. She is committed to facilitating each family's active participation in their children's education. As a mother of two, she understands the care and support needed to help each student reach their fullest potential. 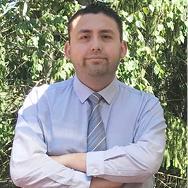 David is one of the appointed Parent Liaisons. He has been working with the Everett Public Schools since 2018 supporting Everett families. David wishes to help all the students and their families to be in a close relationship with the School District to achieve their goals. He loves technology and hopes that a more extensive use of it will help to improve all the Everett community. 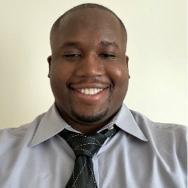 Born in Haiti, Jehu and his family moved to Everett in 1998. Jehu attended Everett Public Schools, including Everett High, where he was a member and captain of the track and field team. He received a Bachelor of Science from Salem State University, and has been a staff member for the EPS for 9 years. He started his tenure as an assistant coach for the EHS track and field team in 2011, and was named head coach  in 2017. Jehu became translator/Interpreter/paraprofessional for the district in 2016. He enjoys coaching our high school students and helping our families in the district. After school closed in March of 2020, Jehu visited multiple families and provided technical assistant to help support remote learning. 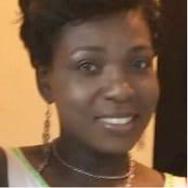 Mirlande Felissaint was born in Aquin, Haiti which is in the south. She’s the only child from her mother’s side as her parents divorced when she was one. Mirlande moved with her mother to French Guiana at 5 years old. Then moved to the USA for a better life. We lived in Somerville for a short time then moved to Everett. Mirlande started working part time for the Everett Public Schools as a translator to make sure that her freshman son worked hard. Then realized that she was the mother of many more students and inherited more families that she never had. For this reason, she’s been working many students and families who needed help whether is food, clothes. I enjoyed and is looking to do more for the homeless students and families of Everett Public Schools. 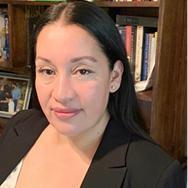 Erika G. Green grew up in Chihuahua, Mexico and studied Clinical Nutrition at Universidad Autonoma de Chihuahua. She was the Executive Director at Junior Achievement, an international non-profit, before coming to the United States. She moved to Boston in 2007. Erika understands the hard work immigrants put into raising their children, along with the challenges they face, and wishes for others in the community to get the support they deserve. She is dedicated to serving the needs of families so their children can grow on a path towards educational success. 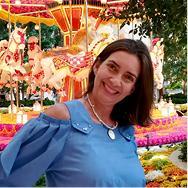 Argemary was born and raised in Caracas, Venezuela, and moved to Spain in 2003. After 10 years living in Madrid and Valencia, she moved to the United States and have been living in the Boston area since then. In 2015, I started working in the EPS as a Spanish Translator/Interpreter. Since that time, she has been supporting, not only the Special Education team and school personnel, but also the parents and students with whom she shares our beautiful Spanish language. Now, as a Spanish Family Liaison, she will continue to be available for the families bringing my support, assistance, and attention in order to help them get involved into the school community and academic background of their children, building everyday a strong language bridge. 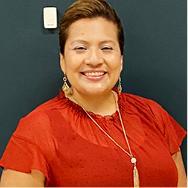 Iris was born in El Salvador and moved to California when she was very young.  She went to California State University of Long Beach and participated in the Pre-Med program.  She was certified as a CNA in 2010 and completed her interpreter certification at the University of Massachusetts in 2020.  She is currently enrolled in Cambridge College studying Psychology.  She has 12 years of experience acquired at Spaulding Rehabilitation Hospital working in Research & Education with Traumatic Brain Injury and Stroke patients. She has been an active resident of the Everett community since 2008.  Last year she joined the Everett Public School community as a Paraprofessional.  She is thrilled to continue serving the Everett community as a family liaison helping empowering students and parents together be successful in their education journey. 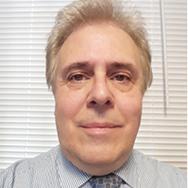 Cesar is a Portuguese / Brazilian teacher working for Everett Public Schools since 2011 as a Portuguese/ Spanish Translator-Interpreter, and now as Family Liaison.  In 1998 he moved to Everett, where he opened two different businesses. Since then he has participated in several meetings with the City as a representative of the Brazilian Community or Latino Immigrant Community. Also, he worked as an ESL teacher for Everett Adult Learning Center, teaching adult immigrants at night.  Helping people in their need for information, translation, interpretation, in court, police  station, motor vehicle or doctor appointment was part of my routine. 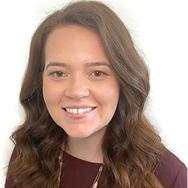 Sara was born and raised in Belo Horizonte, Minas Gerais - Brazil. She moved to the United States with her parents in 2001. Growing up within the Brazilian community in the Boston area she was always helping family and friends with translation and interpretation. In 2018 she completed her certificate as an interpreter and has been working with the community ever since. She started with Everett Public Schools in September of 2019  and is thrilled to be a Family Liaison this year. As Family Liaison she is looking forward to creating this bridge between Portuguese-speaking families and the school, to make the school system more accessible to non-English proficient families and increase parent involvement in their children’s education 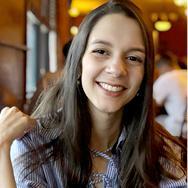 Ingrid Pomposelli’s fluency in English and Portuguese afforded her valuable experience in working with translation and interpretation in a professional capacity. Her love for youth led her to explore opportunities working as a volunteer with kids and adults alike from all over the world; including Nigeria, Germany, Scotland and other countries. She is passionate about  International Affairs, Environmental Conservation and finds deep fulfillment in helping others. Outside of her career she loves spending time with her family, exploring the outdoors, and cooking. 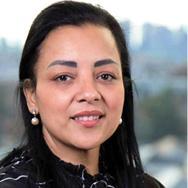 Rixy (as she likes to be called) is our bi-lingual Parent Liaison in the English Learner department (EL) for the Everett Public Schools (EPS). She has worked in school systems, and different communities, for over 29 years. One of the many things she enjoys the most is being a volunteer inside and outside of the schools which she has done for more than 32 years. Her favorite part of her job is helping and educating parents on parental involvement and strategies to engage and support students outside of school.